This year’s OMNeT++ Summit, for the first time in the history of annual OMNeT++ workshops and summits, featured a community development session. The following question was posed to the participants on the previous day, with the instruction to think about it: “If the OMNeT++ community had some funds, think of a few tens of thousands of euros or dollars, and it was up to you to spend it in the best interest of the community, what would you do with it?” 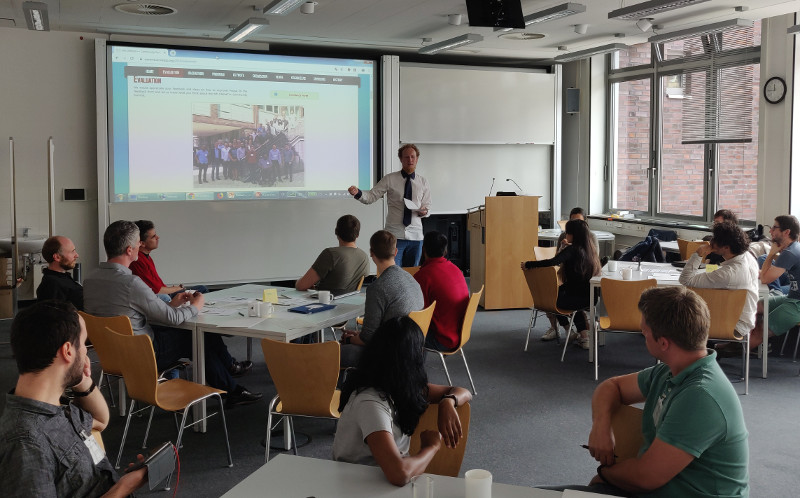 On the next day we had a session to discuss the results. The participants gathered in groups around the tables (we still had them from the ConverStations), and were given some time to discuss the ideas of the members within the group. When the time was up, an elected spokesperson from each group presented the ideas for the rest of the participants.

The purpose of the original question was to help uncover hidden opportunities for synergies present in the community, and find ways to catalyze them. Indeed, quite a number of suggestions were made in that direction, many of which we’d never thought of before. Here are a few, in no particular order:

Several other ideas have also been brought up.

As for the chance of some of the above ideas actually being implemented, such large-scale cooperation is not unprecedented in the OMNeT++ community. Think of the “ecosystem book”, which is a result of several dozens of people working together with the leadership of two very dedicated and hardworking editors.

At the end of the session, it was suggested that the most important thing was to continue the discussion, and not let it die off and only come up at next year’s Summit again. Therefore, by use of a temporary mailing list, an account was created on Loomio, an online collaborative decision-making platform. Access to the Loomio OMNeT++ virtual community will be invitation-based, based on past participation and recommendation. If you’d like to join and prefer not to wait until you are invited, please contact the core team or one of the Summit organizers.