We are very happy to announce that OMNeT++ 6.0 preview 9 has been released (along with some compatibility updates in INET). Please use INET 3.6.8 or INET 4.2.1 if you are working with preview 9 or later.

A long time, six months have passed since the last prerelease, and, as a consequence, we have accumulated a lot of changes. Arguably the most important change is an update to the OMNeT++ programming model: the introduction of the possibility to update ongoing packet transmissions, that is, the ability to abort, shorten, or extend a packet (usually an L2 frame) while it is being transmitted. Significant amount of work has been put into improving the looks and functionality of Qtenv, and into refining the Python-based Analysis Tool in the IDE.

Qtenv in dark mode with new monochrome toolbar icons, running the wiredphy example that demonstrates the new packet progress API. Note that it is now also possible to set relative time display in the packet traffic log by right clicking on a specific line to set as a reference: 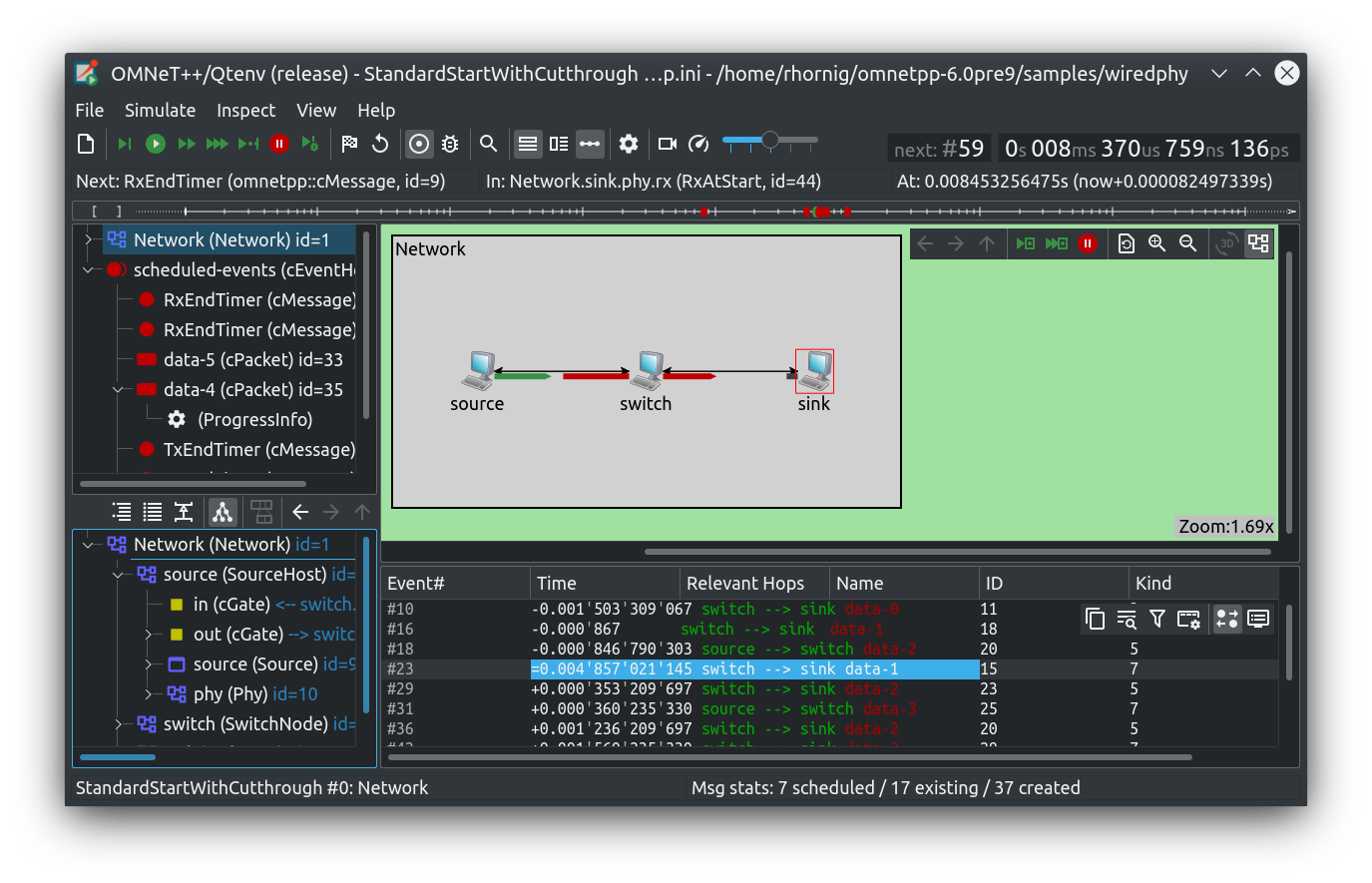 The new Python based analysis tool in the IDE: 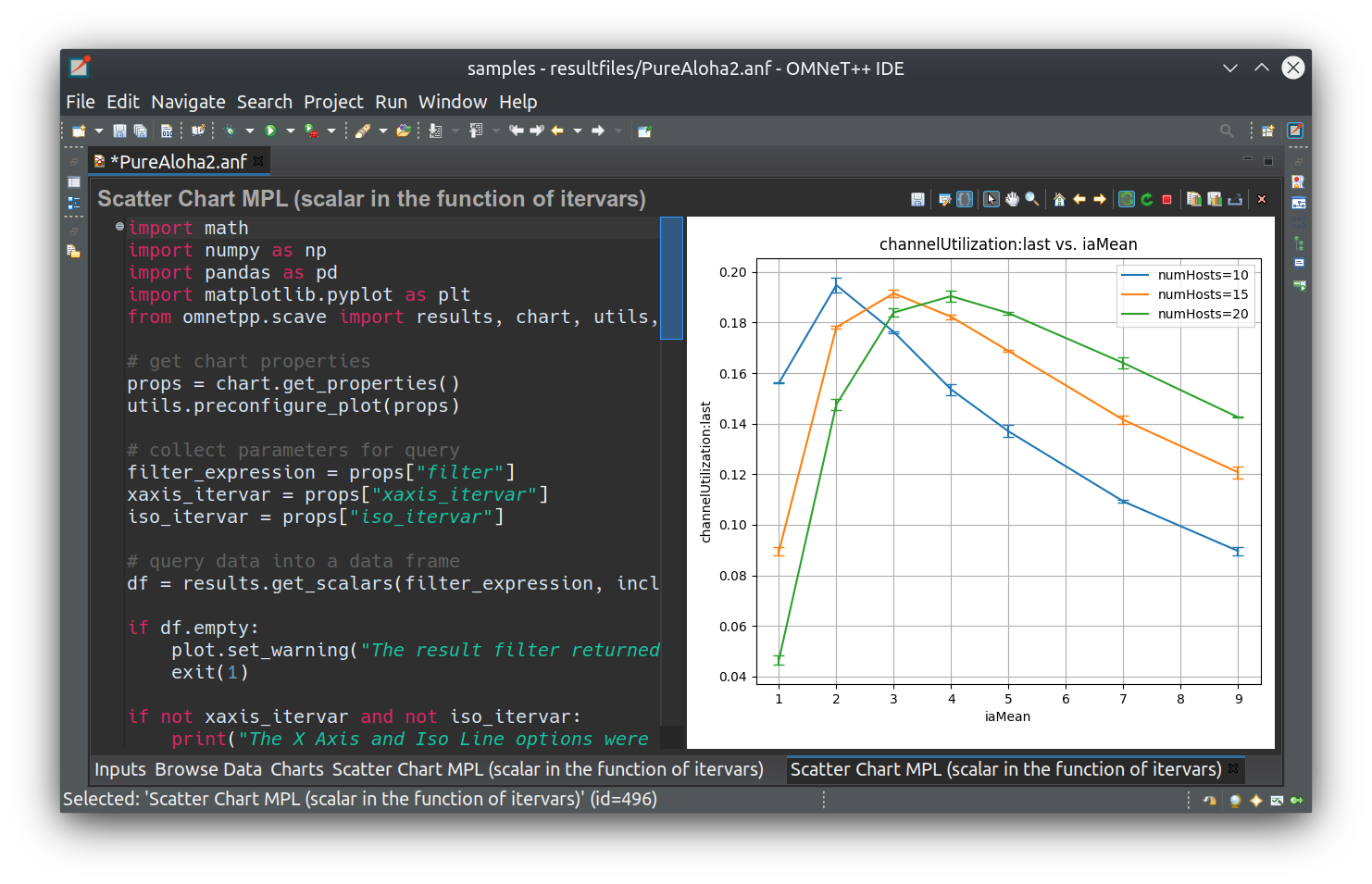 Transmission updates in the simulation kernel: